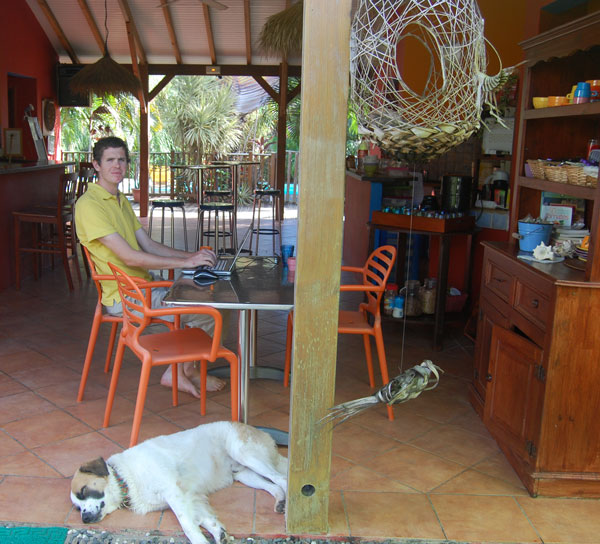 During World War II, the Americans set up air bases across South Pacific Islands. The native islanders were intrigued by these uniformed men radioing to the skies and receiving load after load of cargo from sky ships.

So they did. They set up crude airstrips, created radios out of bamboo, started wearing uniforms of sorts, and waited for the cargo to descend from the skies.

All good fun,  but the problem was that these cargo cults impeded more practical pursuits, as they abandoned all other work.

Now, I think offices are a modern cargo cult. It’s easy to think that if you put someone in a suit, stick them behind a desk and make sure they are slightly choked with tie, work will be done.

I abandoned my office a year ago, and life’s been immensely better for it. So far I’ve worked in trains, surf camps, cafes, balconies in Paris, beds, kitchens and living rooms.

At no time did I ever say: “Man, if only I had an office right now, I’d get so much more work done”.

One response to “The Myth of the Office and Cargo Cults”