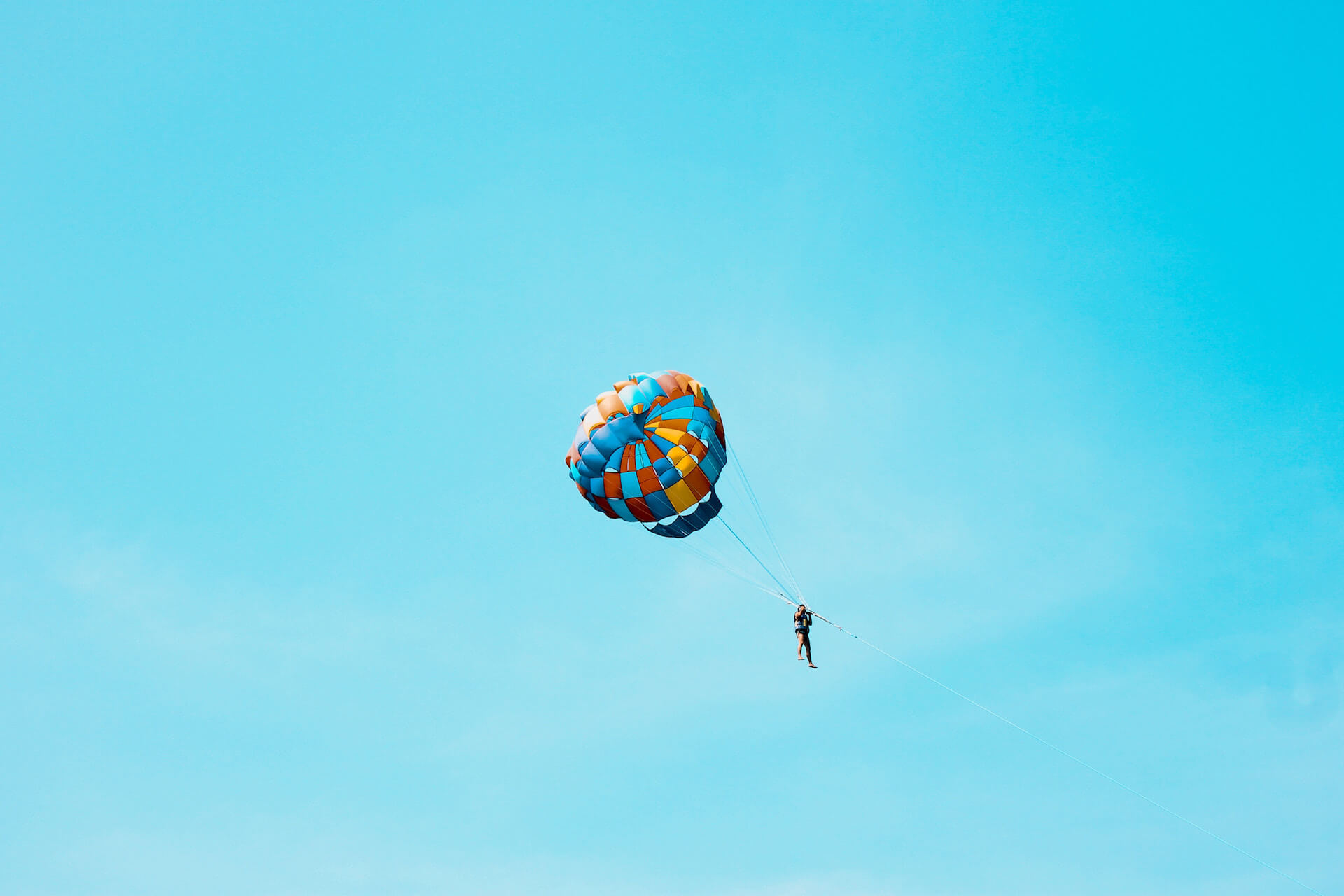 I’ve been trying to take more risks. It’s why I gave up 2500 euro a month in income. That steady stream of cash was stopping me from pursuing other sources of income with any sense of urgency. It’s also why I tried Karaoke for the first time last Saturday, singing a duet of “I’ve had the time of my life” with my brother-in-law. And it’s why I’m spending three months looking after my awesome one-year-old nephew.

It’s not longer just a question of your investments. Risk taking has become so important for everybody because there isn’t much in the way of a roadmap for many careers. My friend Jon is a data journalist. That’s a pretty new area, so he’ll be part of figuring out what the career of a data journalist looks like. And to do that, he’ll have to try different stuff.

But trying new stuff is tough. For a long time, I thought about risks in terms of probability. Now, I realise that risk is really emotional for most people. The real reason I don’t write for my blog is that I worry people will think I’m an idiot. For years I went to the gym and avoided the free weights because I didn’t want to do something stupid like drop the weights and get kicked out the gym (Then I started CrossFit where dropping weights is what it’s all about). My brother won’t go to CrossFit because he’s worried that he’ll have to do pull ups and he can’t do pull ups, so he’ll look like a weakling, and so he doesn’t go.

1. If you enjoy the process, it’s probably a risk worth taking

One way to look at whether you should take a risk is whether you’ll enjoy the whole experience of it. Jumping out of a plane is hardly going to be a great risk to take if you don’t enjoy the experience at some level.

For example, I’ve been learning web development over the last few months. I find it fun to play around with code, so the risk that it won’t pan out for me is reduced. At least I’ll have spent some time geeking out on things I enjoy, even if I don’t make a cent off it.

On the other hand, working in a job I hate for 40 years just to have a shot at a nice retirement seems a horrible risk to take because that’s 40 years of misery.

2. It gets harder to take risk as you get older

I’m 25, I have zero commitments, debt or long-term contracts of any nature whatsoever. My income travels with me. I don’t even rent a house. I sleep very well at night. I could join a band of roving gypies tomorrow.

But, looking around me, it’s obvious that as I get older, the commitments start building up: cars, houses, boats and whatnot. It’s also easier to live on beans and tuna fish when you’re in your twenties. That’s entirely normal. But when you get to your thirties and your friends are jetting around to different resorts, buying houses and new cars, it’s harder to live like a monk.

Therefore, I’m trying to be far more aggressive with taking risks when I’m in my twenties, because I might not get the chance later on.

3. No matter what happens, you’ll be happy as you always were

My biggest takeway from Daniel Gilbert’s Stumbling on Happiness was that people who’ve suffered terrible loss – decades of wrongful imprisonment, political disgrace or paralysis – often view such experiences very positively. In the long-term their level of happiness rebounds to its previous level or even slightly higher.

Therefore, no matter how things turn out, you’ll probably be stuck with your own personal level of happiness (which you can choose to influence).

So, that’s how I look at risk taking.

Here’s my mini-challenge: Try to take some small personal risk this week – think Karoke or dancing lessons rather than FOREX trading. I don’t want to be responsible for any bankruptcies!