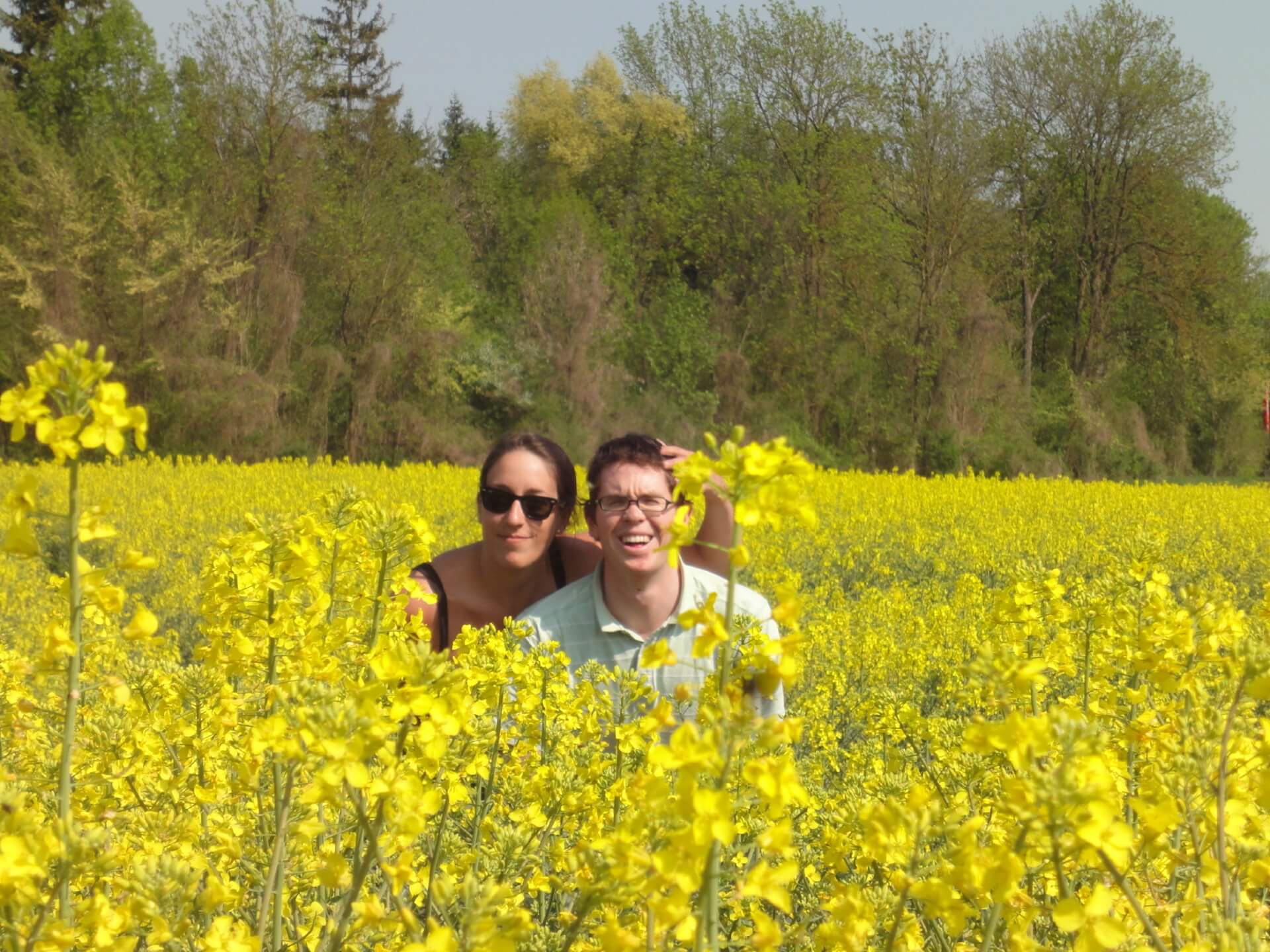 It was an insanely hot day in Virginia about 20 years ago. I was four and at a massive outlet for children’s play equipment, run by Amish. Heaven, at that age.

As I crept out of the car, heading for the swings and roundabouts, I heard a shout. Thinking  it was directed at me, thinking I’d done something wrong, I ran back to the car, and hid in the backseat. For about two hours in 100 degree heat. I was sure some 200 pound bearded man of God was about inflict righteous wrath on me for somehow desecrating the play area. Maybe because I didn’t have a beard and/or horse.

Indeed, these Amish woodworkers would have been more likely to be driven into a rage by the car I was hiding in,  the chariot of Satan that it is, than me playing on their 19th century wooden roundabouts.

I always regretted not coming out of the car when I was a kid. Missed out on that epic playground.

Such social shyness makes life boring, and one way to beat it is to engage in social skydiving – jumping into situations of social discomfort. I like doing this: public speaking, dancing classes, meeting strangers to practice a foreign language. You name it, I’ve dabbled.

And CouchSurfing lends itself nice to that. Everyone knows CouchSurfing these days. You can stay at stranger’s homes all over the world, without the affair being debased by currency passing hands. All powered by the internet.

But there are also CouchSurfing parties organised in cities all over the world, and they are generally the fun part.

I’ve been going to CouchSurfing parties for years now, in Ireland, Germany and France. Together with my über couchsurfer brother, I’ve come up some rules for couchsurfing parties.

The rules for CouchSurfing Parties

Humans like stories. The other day I was translating a profit and loss statement and a balance statement. Even it had a story. So I leave out my most crazy stories wild at such events. I experiment: if a story drops like dead, I’ll shelve that one, and try something else. Sure, when that happens, I may feel a bit weird. But I  never understand how people act polite around people who mean nothing to them  (strangers), and act weird to loved ones and family. Invert that behaviour for more fun.

You make small talk when you can’t think of anything else to say. It’s insulting to everyone involved. Revert to step one, and tell ’em a story. Anything.

Being fashionably late works great when you actually know the people at the party you’re going to. Not the case with CouchSurfing parties, so I always arrive early. That way, I slowly chat to everyone as they arrive. At the end of the night, I know everybody’s name, and they know mine, which makes me the MAN.

4. Host the Party Yourself

An even better way to be the MAN is to take on the organisation of the event yourself. It’s fairly easy – book a few tables at a bar and put an announcement online – and people think you’re just such a selfless guy (unless you suck a picking bars).

5. Use Alcohol as a Crutch

People say that you shouldn’t use alcohol as a crutch, that you don’t need alcohol to socialise. They miss the entire point of substance abuse and disrespect thousands of years of nose-to-the-grindstone empirical research by our forefathers. Sure extroverted fools who can’t keep their mouths shut don’t need alcohol. For the rest of us, keep a flask of high proof premium liquor with you at all times and use in times of self-doubt.

Most people at CouchSurfing are interesting and well adjusted. But not all. Some come because all other avenues of social interaction have been closed to them. Their behaviour can be very weird/aggressive indeed.

I brought a colleague a CouchSurfing party, and a socially retarded political science doctoral student spent 30 minutes spitting his rage at France and its people in her face. She was French, too. I felt bad about that.

So don’t feel bad about abruptly turning away from weird angry people and talking to your nicer neighbour. In Couchsurfing (and Amish society, I’d add), the normal rules of society don’t apply.