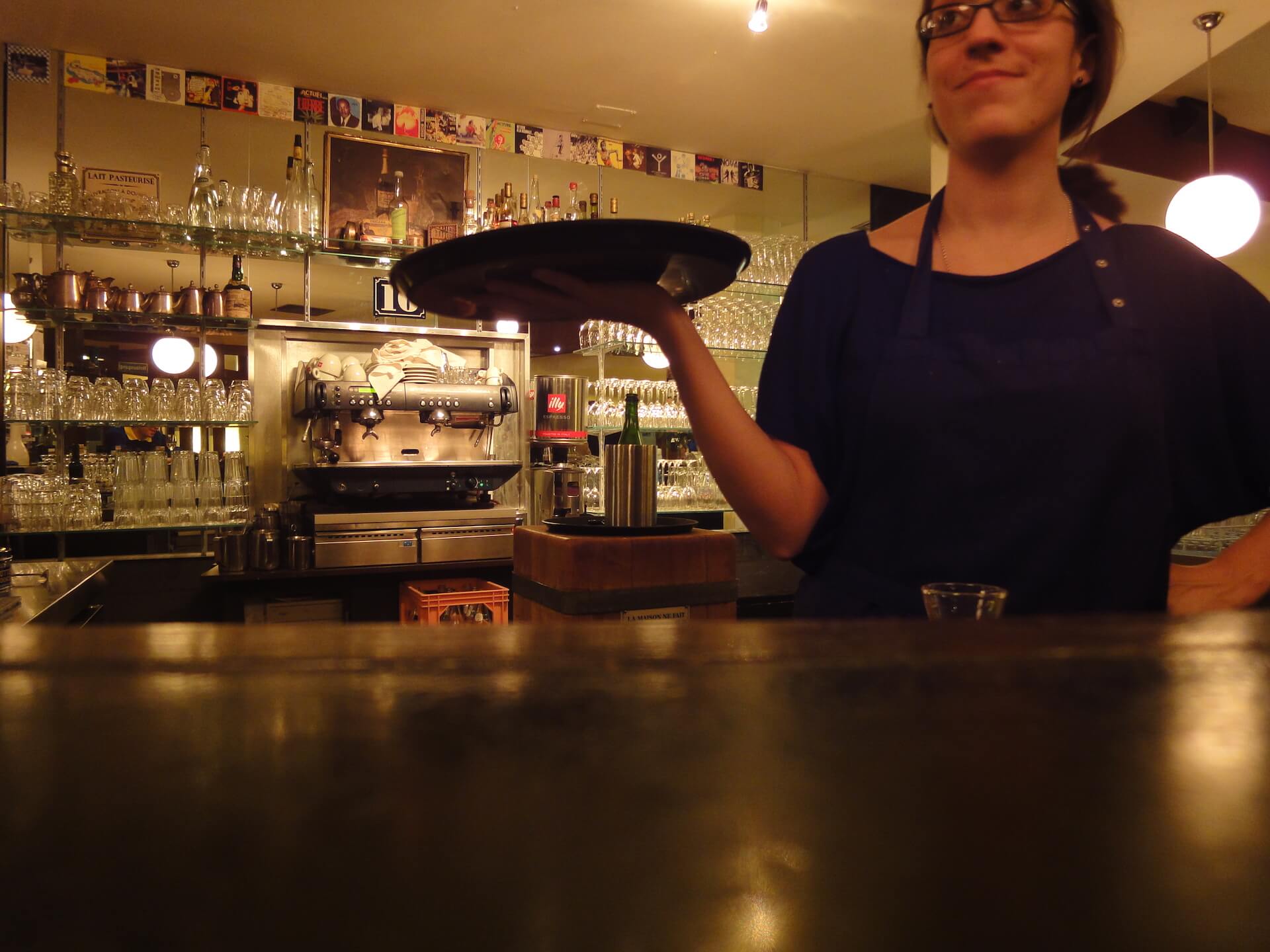 If I were filthy rich, I’d bankrupt myself eating in restaurants. I love them.

So when I heard that the restaurant my girlfriend worked at needed a dishwasher, I jumped at the chance. I wasn’t going to pass up an opportunity to get inside Munich’s premier French restaurant, praised for its bistro cooking in the Michelin guide. Also, I’d just watched Kitchen Confidential (great show).

And I had perhaps the most interesting professional experience of the year so far. Washing dishes.

It felt like going to war. I was stationed at the sink in a tiny galley kitchen, plumes of fire rising to my right at the oven and smoke billowing upwards. Red hot pans were flying through the air, landing in a cloud of steam in the sink.  Oil splattering in pans, curses uttered in French and German. It was a big change from the office – it was like a scene from Apocalypse Now.

Speed, agility and extreme heat resistance are all hallmarks of an excellent dishwasher. But according to the Italian-German chef I worked with, you need more. You need to be passionate about washing and cleaning.

Sadly I think I was lacking in the passion department, so I survived one weekend in total. Last I heard, they got a shady Serbian with a possible past record of genocide to fill the position. I’d say it’ll suit him down to the ground.

My career was short. In my defence, I’m just too tall to stand for six hours bent over a sink. But it did get me thinking. Life is fairly long, when you consider it, and doing one thing for 40 years plus makes me want to drink heavily. A quick session in a totally new field puts you on a really steep learning curve.

I learned valuable life lessons. By just one weekend in a restaurant, I’ll never have a mid-life crisis and want to open a restaurant in Manhattan. That alone will save me six figures or so.

And it was also a great example of stoic philosophy in action. Should I lose my position as a translator, perhaps waking up some morning forgetting every German word I know and am forced to wash dishes to survive, I’ll be fine because I’ve done it already. The fates have no control over me.

One response to “Washing Dishes and Stoicism”